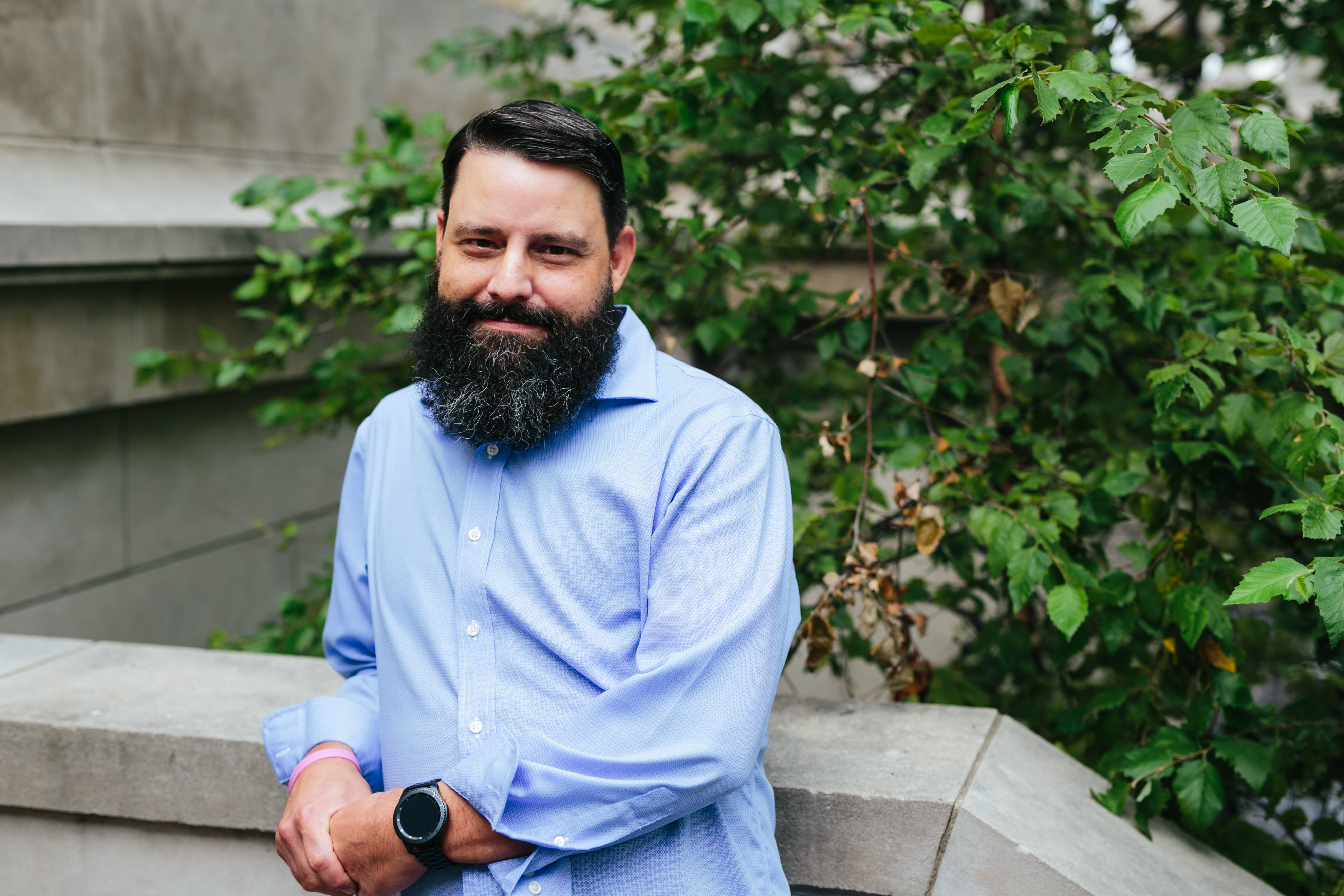 My name is Josh. I’m 41 years old. I’m a Texan – I grew up in Amarillo and then went to school at Texas Tech University in Lubbock.

After college, I joined the Americorps national service program and spent two years in the Rio Grande Valley working with microbusinesses, giving out small loans, helping them write their business plans, and working on marketing strategies.

I’ve always been interested in politics, so I came back to Lubbock to get my master’s degree in political science, public administration and political media. Meanwhile, I started volunteering on a congressional campaign, and then worked my way up into paid jobs on other political campaigns as field organizer, field director, and campaign director, and eventually political consulting. I have since worked on campaigns in over 40 states, becoming a partner in the consulting firm.

Politics hasn’t just been a career for me – it also played a major role in my personal life. That’s how I met my wife, back when we were volunteers together on that first congressional campaign.

I’m proud of the fact that I’ve achieved all this while living with epilepsy. In fact, I have had seizures ever since I was about six years old. I was up in the mountains with my grandparents at our family cabin getting ready to go fly-fishing. I remember that I was looking out the window, when I suddenly had a seizure.

My grandparents bundled me into the car and rushed me back to Amarillo. My parents took me to my pediatrician, who immediately suspected epilepsy and referred me to a neurologist who confirmed the diagnosis.

I started on anti-seizure medication right away and eventually tried just about every anti-seizure medicine on the market. Sometimes the medicines would get the seizures under control for a little while, but they always came back.

Throughout elementary, middle, and high school, I typically had partial complex seizures several times per day. The seizures are always the same – the left side of my body stiffens, and my left arm moves uncontrollably across my body and up above my head. I can’t speak during a seizure, but I’m still coherent and aware. If someone is speaking to me when I have a seizure, I can jump right back into the conversation when the seizure stops.

My seizures typically last 20 or 30 seconds. Individually, the seizures are not that tiring, but when the medicines stopped being able to control the seizures and I was having 5 or 6 seizures per day, I started getting really exhausted. By the end of each day, I felt like I had run a marathon.

I was in my first or second year of college when the VNS device became available. My seizures were pretty much out of control at that point, so it was an easy decision to have the VNS device implanted. Unfortunately, it never seemed to work that well for me. My seizure activity initially decreased somewhat, but after a couple of years, the VNS device seemed to lose its effectiveness.

By this time, I was in my mid-30s. Even with multiple medicines and the VNS, my epilepsy was out of control. I had lost my driver’s license and was having up to seven seizures per day.

My neurologist felt there was nothing else he could do for me, so he referred me to an epileptologist in Dallas. This specialist said I could either have brain surgery or wait six months until a new medical device – the RNS System – was scheduled to be approved by the FDA.

My seizures originate from a place right in front of a part of my brain that controls the motor skills on the left side of my body. If the surgeon removed the piece of my brain where the seizures started, there was a good chance that I would need a lot of occupational therapy afterwards to relearn how to walk and use my left arm. There was even a chance that I might lose control over the left side of my body altogether.

Given the risks associated with the surgery, I decided to wait for the RNS System. I figured that if it didn’t work, I could always have the brain surgery later on. I knew having part of my brain taken out was irreversible – I couldn’t just have that piece put back in if I was unhappy with the side effects.

The FDA approved the RNS System in November 2013 and I had the surgery to implant the device in April 2014. I came out of the surgery with two black eyes, but I was never in much pain. I think my surgeon did a really good job. I spent about five days in the hospital recovering and then stayed in Dallas for a couple of weeks so that I could come back to the hospital regularly for follow-up appointments and to have the surgical staples removed. Once I had the RNS System implanted, I noticed an immediate reduction in the seizure activity.

The frequency dropped tremendously. Instead of having six or seven seizures per day, now I have maybe an average of one seizure per week.

Sometimes I can even go two or three weeks without having a seizure. Each seizure does last a few seconds longer than it did before, but that’s a tradeoff I’ll gladly accept in exchange for having them much less often.

For now, I’m still using the RNS System alongside the VNS and my medicines. I actually had the VNS replaced in October 2018. It had quit working completely before I had the replacement surgery, and we noticed that my seizure activity increased quite a bit. In my case, it seems like the VNS and RNS System are most effective working together to keep the seizures under control1.

I never really let epilepsy control my life. I was always lucky to have family and friends who pushed me to get out there and not let epilepsy hold me back, so I never had a confidence problem in terms of being social and participating in activities even when I was having a lot of seizures.

That said, I did have certain epilepsy-related fears. A friend of mine with epilepsy had a seizure and drowned in her bathtub. I grew up on a lake and I love fishing, but I would never fish by myself because I was worried that I might have a seizure and tumble face-first into the water.

By controlling my seizure activity, I am less fearful. The RNS System has also given my family new peace of mind. Anytime we were apart, my wife used to ask me to call and check in with her every few hours. If I forgot, she would get anxious and call to make sure I was OK. Now that I have the RNS System, she feels confident enough in my safety that I can just call when I get somewhere and call again when I leave.

The biggest life change is the fact that the RNS System has given me the opportunity to become a father.

I used to have to take a certain anti-seizure medicine that had the side effect of reducing my fertility. Once I got the RNS System, my doctor was able to adjust my medications, which made it possible for my wife to become pregnant.

Years ago, when my seizures were out of control, I remember being scared to hold my baby nieces. Now it’s amazing to think that I’ll soon be able to hold my own child without having those worries.

All the testing, hospital visits, and surgeries were totally worth it for me. Thanks to the RNS System, my wife and I are expecting our first child in a few months.