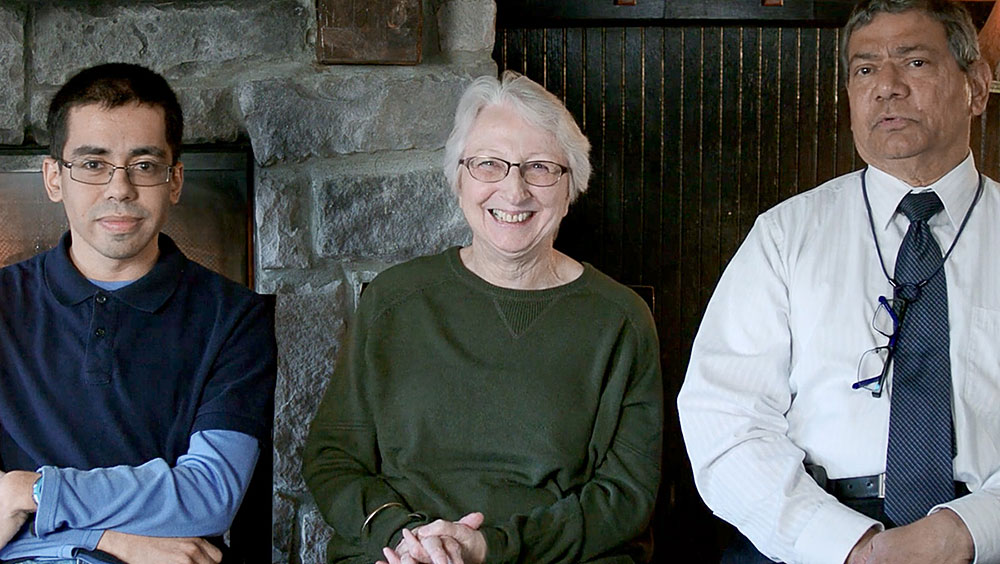 We first noticed Marshall was having incidents when he was about two years old and at age three, he was diagnosed with epilepsy. He was put on medication that was keeping his seizures under control until he was about 12 when his seizures started to break through again.

We started the journey to find a doctor that could really help him, because at that point he was having a lot of seizures. His doctors tried surgery to determine whether they could take out a part of the brain that was causing the seizures but in the end it was too risky for him. After that, Marshall had a Vagus Nerve Stimulator implanted but it wasn’t helping enough. He was still having a lot of seizures.

We thought the RNS System would be one of the best things for treating Marshall’s epilepsy because of the data it provides, and Marshall was ready for it.

And since he’s had the RNS implanted, his seizures have improved all the way up to 2010 at Christmas — that was his last seizure — almost 5 years ago.

But the thing is, even though he stopped having seizures five years ago, we’ve still seen continuous improvement in a lot of his abilities; so this thing’s not finished yet. Comparing the abnormal activity we used to see from the first time I saw his recorded activity, now, you almost don’t see any abnormal activity.

His speech is much faster, his response time is faster, he’s got a lot more energy, and we’re finding he’s staying awake most of the time.

One of the biggest things we noticed was when calling Marshall to get his attention. If we were downstairs and he was upstairs, we’d call him and have to wait about 15 seconds before we could expect a response. Now you call him or talk to him and his response is right there — no delay in processing.

We used to be driving with him, and he’d try to open the car doors when he was having a seizure — at 70 miles per hour! Now we don’t have to worry about all that kind of stuff. We don’t need to be tuned to listening to him all the time thinking, “is he going to have a seizure, or is he not?” All of that is done, so it’s made life a lot better.

A month or so ago, we heard a bang and Marshall had fallen. He was moaning, but it wasn’t like the old seizure moan, more like a “I’m in pain” kind of moan, but we weren’t sure it was. So we called the paramedics and they came and everything was fine.

We called Marshall’s doctor and said, “Marshall had a fall, we’re pretty sure it wasn’t a seizure but is it possible to confirm it?” We were so delighted that our doctor was able to look at the data the RNS System records and confirm that there was no seizure activity at all. That was huge for us because our first thoughts were, “Oh my God, they’re starting again.”

Now Marshall’s doctors just started reducing his medications. He takes medication three times a day, and by the first of December, he’ll only be taking medications twice a day. Eventually they’ll probably lower it a bit further, but I’m told he’ll always have to take medication.

We used to not be able to go away and leave him in the house by himself overnight, but now we can go away for a weekend and we know he’s going to be absolutely fine. In fact he prefers that we leave him alone for the weekend so it’s kind of good, really.

If he could drive, Marshall would almost be totally independent. And he’s going to try — he’s eligible to get his driver’s license because he hasn’t had a seizure in five years and all you need in our state is six months.

There’s a risk for everything, right? But the risk is so small with the RNS System compared to the benefit that there’s not even a thought about whether or not someone should do it.

If we had to do it again we would, because we’ve seen tremendous improvements in Marshall and we don’t think this would have ever happened without the RNS System.