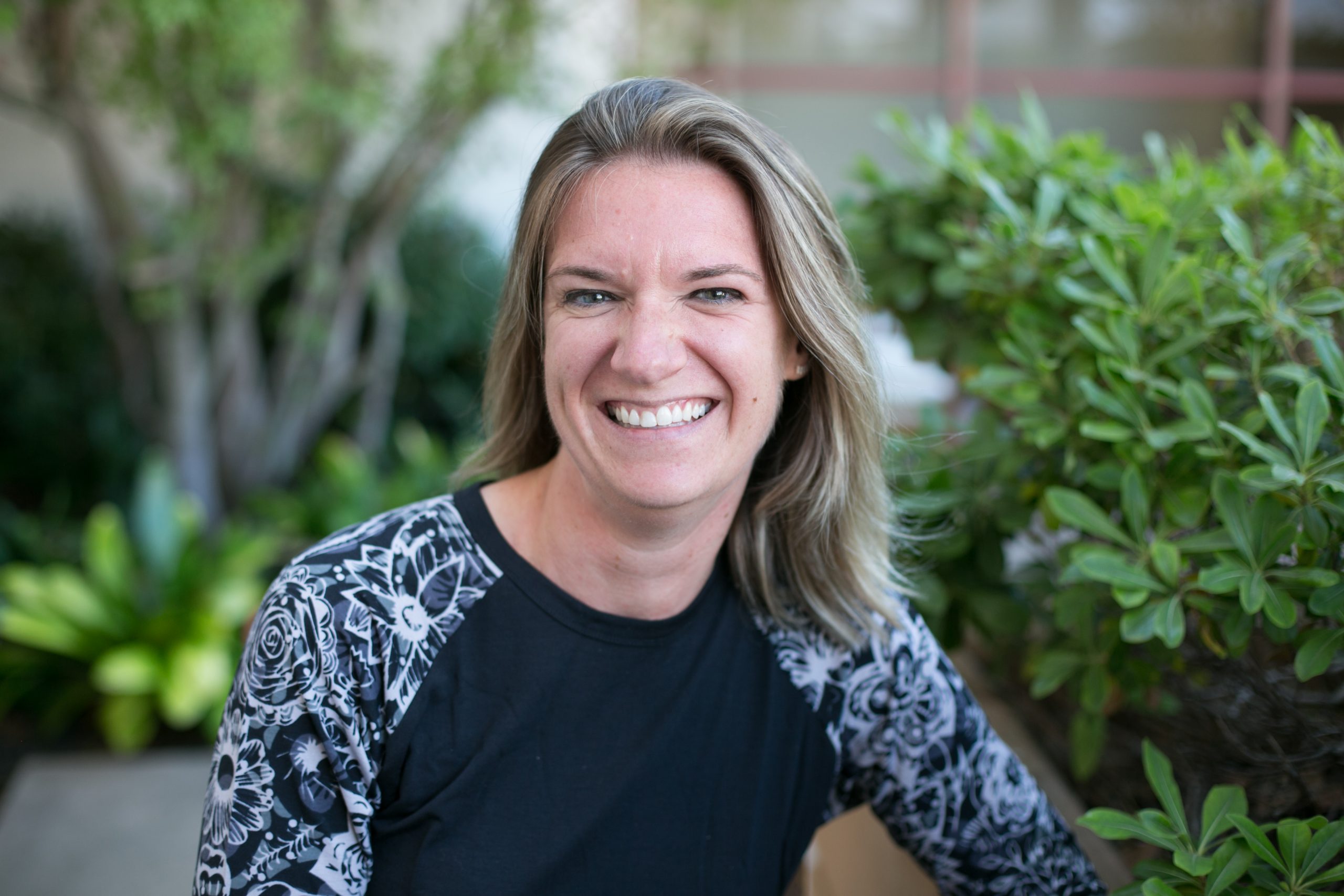 My name is Courtney Derr. When I was 23 years old, I started having partial complex epileptic seizures.

When a seizure began, I would feel an aura. Then one side of my body would go numb and I would lose self-awareness. People who observed me having seizures told me that my eyes would move rapidly back and forth behind closed eyelids while I twiddled my fingers and smacked my lips. Gradually, I would regain awareness but stare blankly for a minute because I was confused. I would wonder, “Where am I? What am I doing?”

These seizures gave me headaches and made me so exhausted that I would need to lie down and take a nap afterward.

The frequency of my seizures varied. Sometimes I would have three or four a month – sometimes they would happen almost every day.

Medications did not help much. Some of them even caused strong side effects or allergic reactions.

Meanwhile, doctors traced the cause of my epileptic seizures to a birth defect that prevented pieces of the gray matter in the middle of my brain from spreading to the outer parts of the brain as it should have. I was told that traditional brain surgery could not treat this type of epilepsy.

In 2008, I tried VNS Therapy, but it didn’t help at all with my seizures. It also affected my vocal cords when I tried to speak or sing.

I had worked for nine years at Comcast as a Research Analyst, but the medications and the VNS Therapy did not prevent my seizures from escalating. I started having more and more memory problems. Eventually, I just couldn’t fulfill my responsibilities anymore. I did not want to be a burden on my coworkers, so I had to give up the job I loved.

My seizures even prevented me from enjoying my favorite hobbies. I enjoyed taking martial arts classes and reached the black belt level, but I was forced to stop when I found that activities that raised my heart rate also provoked my seizures.

This was a really dark time for me – I was on disability and unable to drive.

The seizures hurt my memory and prevented me from leading a full active life. I stayed home alone much of the time. I felt isolated and struggled with depression.

My husband, my family and friends all tried to give me their support, but I still felt embarrassed around them. When I had a seizure and lost awareness, I wondered, “What did I just do in front of these people?”

Finally, I attended a seminar where I learned about the RNS System.

At that time, I was so fed up with the near daily seizures that I felt I had nothing to lose by trying something new. I had the system implanted in April 2015.

To my amazement, the RNS System soon reduced the frequency and severity of my seizures. Before, if I had a seizure at night, it would startle me awake and leave me disoriented. With the RNS System in place, my nighttime seizures became so mild that I slept right through them.

Over the course of a couple of months, the seizures steadily diminished. As my doctor has fine-tuned my medications, I’ve reached the point where I am close to being seizure-free.

Honestly, I feel like a new person. I’m able to do things that I had not done in a long time. For example, after going years without driving, I was able to get back my driver’s license.

I love the fact that I have been able to start exercising intensively again. I’ll actually come home from the gym and start crying because I’m so happy that I can work out without having a seizure.

I do still have some memory problems, but I’m becoming more confident day by day. I’ve even partnered with a great team of women to launch my own home-based business selling LuLaRoe clothing! I’m truly enjoying this new adventure.

I’m grateful to my husband, my family and friends who have supported me through my long struggle. When they see that I’m able to laugh and joke again, they tell me I have a sparkle to me now.

Even in my darkest hours, my faith gave me hope. I remember attending church and singing along to the song Amazing Grace. I felt as though the song was speaking to my experiences with epilepsy. There’s a version of the song that includes the lines, “My chains are gone / I’ve been set free.”

That’s how I feel now that I don’t have to live with frequent seizures anymore – as though my chains have been broken and I’ve been set free.